Savannah Marshall topped the bill in Newcastle with a stunning TKO victory over Lolita Muzeya.

The world champion weathered the early storm to land the big shots and finish the bout just before the end of the second round.

The fight, which took place at Utilita Arena in Newcastle, United Kingdom, saw the former World Boxing Council silver champion start the fight with a lot of confidence but lost the steam in the second round and allowed Marshall to literally turn her into a punching bag.

Read Also: Patson Daka Says That “It still feels like a dream, and I don’t want to wake up” To Score Against Manchester United

It had to take the referee to save the Zambian from further punishment as he stopped the contest with only seconds to go before the end of the second round.

Apart from failing to attack and keep her guard, Muzeya equally looked worn-out 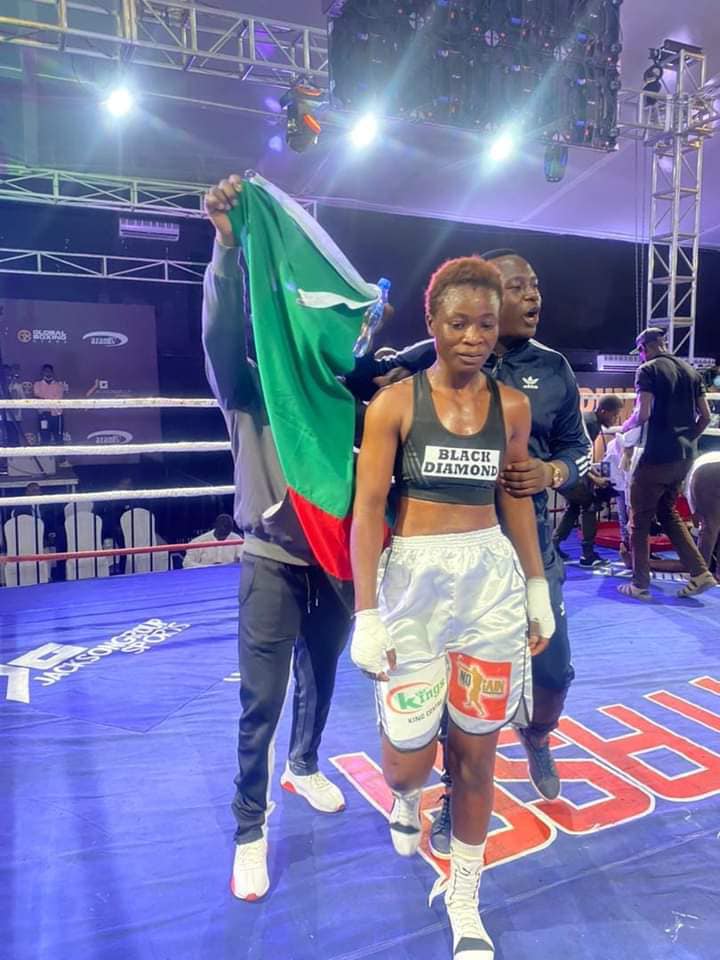