Here are some of the best sports betting options in 2022

The Winter Olympic Games will be held in Beijing from the 4th – 22nd February. As part of the
long-awaited event, athletes will compete in various disciplines in 7 different sports. A total of
109 sets of medals will be won – by the way, seven more than at the previous Games in
Pyeongchang.

At 1xBet, you can already bet which country will finish first in the medal standings. The favourite
is Norway (the previous first finisher); also, according to analysts of the betting company, the top
five contenders include Germany, Canada, the United States and athletes from Russia.

We have to mention the main club tournament in the world! In 2022, the Champions League
final will take place in St. Petersburg, at the Gazprom Arena – and, of course, fans are already
trying to predict the finalists and the winner.

In recent years, it’s become a tradition that Manchester City, Bayern and Liverpool are among
the leading contenders for the Champions Cup. At the same time, it’s still a little unusual to see
Chelsea in the top 4. However, the current trophy holder and contender for the English
championship is deservedly considered by many as one of the favourites in the Champions
League.

But who could have thought that a year ago, when Chelsea fired Frank Lampard after a
protracted crisis and appointed a new coach, Thomas Tuchel? Everyone thought that the
German would need a long time to build his team before moving towards success – but after five
months at the club, he unexpectedly won the Champions League.

Who knows – maybe some of the teams, which we don’t see as favourites now, can surprise us
in the spring, and we’ll have an unexpected champion again? In any case, you can already bet
any of the 16 playoff participants at 1xBet.

The upcoming World Cup is one of the most anticipated events of 2022. Of course, a
tournament of this calibre is always eagerly anticipated, but this time around, football fans have
at least one new reason to count down the days until the start of the competition.

That’s because, for the first time, it will start in the fall and end in winter. Usually, the World Cup
is held in summer, but because the temperature can reach 55+ degrees in the host country
Qatar, the start time of the championship was shifted several months later.

How will the national team players cope with this situation? Whether they will adapt to the new
conditions and perform at their peak in the middle of the club season is a mystery for everyone.
However, you can already place bets on your favourites at 1xBet: for example, brand analysts

see Brazil as the main contender for the World Cup. Also in the top 5 contenders for the title are
France, England, Germany and Spain.

The outcome of the last Ballon d’Or ceremony became the most controversial in several years.
For a long time in the football world, plenty of fans have expressed discontent with the voting
results. The award was won (for the 7th time) by Lionel Messi – however, many believe that
Robert Lewandowski deserved to take the Ballon d’Or – both in 2020, when they simply decided
not to present the prize and in 2021.

While it might be difficult to produce a fantastic performance for several seasons in a row, it’s
what we now expect of the Polish superstar. Yes, he’s already 33 years old, but so far, Robert is
not slowing down, so he may well finally win the award in 2022. Players can bet on the Bayern
striker and his success, as always, at 1xBet.

However, Lewandowski is certainly not the only contender for the award. Among his main
competitors are the brilliant Liverpool leader Mohamed Salah, the evergreen Leo Messi and
Cristiano Ronaldo, the ambitious Kylian Mbappe, Erling Holland, and many other talented
players.

The last season of the top flight races ended incredibly, with drama, heartbreak and elation
galore.

Before the final Grand Prix of the season, held in Abu Dhabi, championship leaders Max
Verstappen and Lewis Hamilton had the same number of points, which has not happened since
1974. That year, Emerson Fittipaldi and Clay Regazzoni were the ones fighting for victory, with
the Brazilian emerging victorious.

As for the winner of the 2021 season, it was Max Verstappen who not only overtook Lewis
Hamilton in the last race – he passed the Briton on the final lap! Thanks to this, Max broke the
Lewis stranglehold on the trophy, which had lasted for four years.

We wonder what the next season will be like and if Hamilton will reclaim his crown. Either way,
it’s the Briton who is seen as the favourite of 1xBet analysts – the odds for his victory are almost
two times less than that of Verstappen. Also, according to the bookmaker, among the leading
contenders for the championship are George Russell and Charles Leclerc. 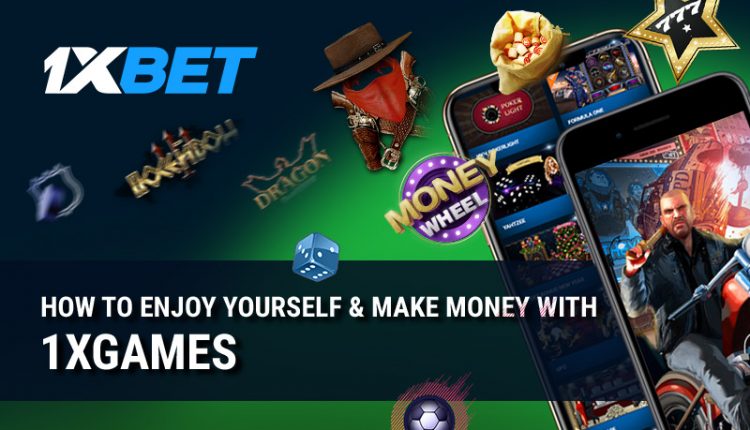 How To Enjoy Yourself And Make Money With 1xGames 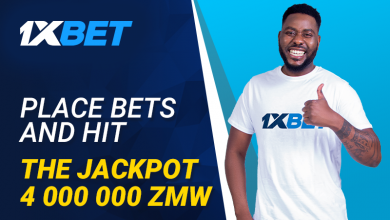