Power Dynamos Football Club is proud to announce that Kennedy Musonda, a standout player for the team, will be joining Yanga Football Club in Tanzania.

Musonda has had a stellar season with Power Dynamos, scoring 11 goals and helping the team to maintain their top spot in the league.

Due to his impressive performances, Musonda received several offers from local and international clubs. After careful consideration and consultation with stakeholders, including the sponsor, club executives, fans, and Musonda’s family, Power Dynamos has decided to allow the player to pursue his dream of playing outside Zambia.

The move aims to create a mutually beneficial situation for both the player and the club. Power Dynamos and Yanga have reached an agreement on a transfer fee, which will remain undisclosed due to a non-disclosure clause in the sale agreement.

Power Dynamos CEO Gibson Chaloba praised Musonda for his dedication and discipline, and expressed confidence that he will continue to excel in his new journey with Yanga. Although the Power Dynamos family will miss his services, they wish him the best of luck in his future endeavors.

The club remains focused on its seasonal targets and has already begun the process of bringing in new players to replace Musonda.

This decision was made after thorough consultations with all key stakeholders. The move was aimed at having a win-win situation for both the player and Club. The transfer fee remains undisclosed due to a non-disclosure clause in the sale agreement.

Power Dynamos CEO praised the player for his dedication and discipline, and the Club wishes him the best of luck in his new journey. The search for reinforcements was planned ahead of Kennedy’s departure and the Club has already made good headways towards bringing in new players.

Below is the press release: 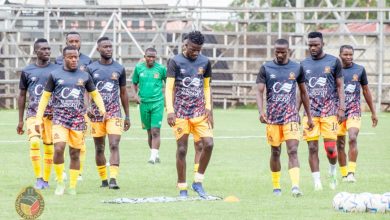