Daka came from the bench to put in a shift and half for the Foxes who came from two goals down to draw 3-3 with Queens Park Rangers while Mwepu scored the first goal of Brighton and Hove Albion’s 3-1 over Luton Town.

The 22-year-old scored one and earned a penalty as the Premier League side came from behind twice to eventually earn a 3-3 draw.

A look at @PatsonDaka20‘s first goal in a Leicester City shirt 🇿🇲🦊 pic.twitter.com/F5NWIrsyvH

Daka had been linked to the Reds earlier this summer who are interested in adding to their forward line this summer and have a good relationship with the Red Bull franchise.

The Computer started yet another game for Graham Potter in midfield as he partnered Bissouma.

Adam Lallana found Aaron Connolly with a bright pass and the Republic of Ireland international slotted past Simon Sluga in confident fashion to put the Seagulls in the lead.

Mwepu doubled the lead in the 35th minute as he expertly tucked away Solly March’s neat cut-back to the edge of the box, finding the bottom-right corner.

Luton got themselves back in the game shortly before half-time when Harry Cornick intercepted Dan Burn’s pass before firing home, but Percy Tau put the game out of reach for Albion with a moment of individual brilliance midway through the second half, 3-1 the match finished, Mwepu with 68 minutes of action.

The former NAPSA Stars man and his Albion teammates are back in action next Saturday, as they return to the Amex to face La Liga outfit Getafe 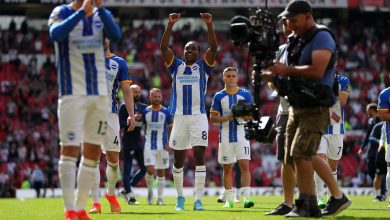 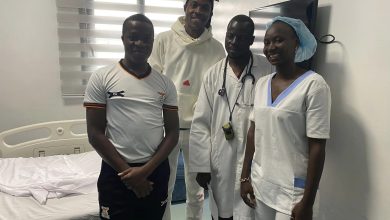