Austrian site Salzburg24 one of the outlet that brought the news for Daka’s transfer are now reporting Mwepu’s new transfer offer.

Mwepu was on the scoresheet in the first pre-season friendly in which Red Bull beat 3-1 Slovak first division club Dunajska Streda. Many Zambian expected him to stay with new coach Matthias Jaissle.

That appears to be widely off the mark if these new suggestions are anything to go by.

Mwepu was not unavailable for the second pre-season friendly. Salzburg recorded a 3-0 win on Tuesday evening against the Greek champions Olympiacos Piraeus in Kirchdor.

The club confirmed to SALZBURG24 on Wednesday that the central midfielder has a serious offer on the table from the Bundesliga and would no longer be part of the camp in Bramberg.

This morning another Austrian site 90minutenAT is adding that the Bundesliga side in question is Borussia Dortmund.

This follows the news last night that BVB had lost out in the Locatelli transfer battle to Arsenal. Sassuolo CEO Carnevali told Sky Sport: “Arsenal have made an official bid for Locatelli.

They’re pushing hard to sign Manuel and it’s an important bid… we will see”.

The South American can be used flexibly and showed his qualities in midfield in the first test matches.

Feels Amazing To Be Back on Picth – Enock Mwepu 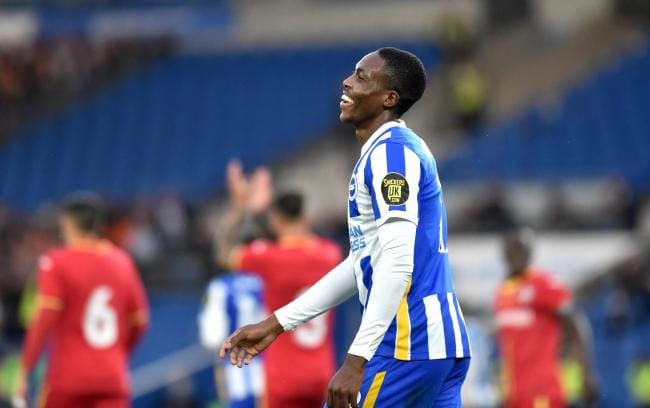 Enock Mwepu Scores An unbelievable Goal At Anfield Against Liverpool