A few weeks ago Djurgården confirmed they had turned down an offer for Edward Chilufya from Bulgarian side Ludogorets.

His club may need to do more to quiet the issue after Chilufya’s latest interview with Fotboll Sthlm. Edward Chilufya , 21, is having what could be considered a breakthrough season in Allsvenskan.

He started 2021 by scoring five goals in six matches in the Swedish Cup and has since gone on to score two goals and two assists in the Allsvenskan.

In his most recent outing he won a penalty in a 3-0 win in his team’s Allsvenskan encounter against Orebro SK.

In the interview, Chilufya admitted not to be oblivious to media speculation and interest from other clubs.- I’m thinking about it, but right now I’m focusing on the current, says Chilufya. You play football now.

He added to his point..- I think French football will suit my style of play. 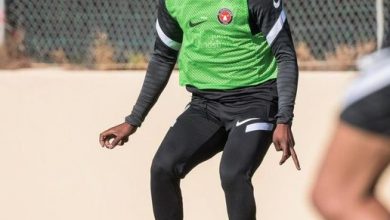