Bukayo Saka said he knew instantly the kind of hate he was going to encounter after his penalty was saved during the Euro2020 final.

Saka, 19, and Jadon Sancho had spot-kicks saved and Marcus Rashford hit a post as Italy beat England in a penalty shootout to win the tournament.

All three players received racist abuse on social media after the game.

“I will not let that moment or the negativity that I’ve received this week break me,” Saka posted on social media.

Saka was one of England’s most impressive players in their run to the final, and manager Gareth Southgate said earlier this week he had “brought a smile to so many people’s faces” and “become a hugely popular member of the group”.

In his post, Saka said: “I knew instantly the kind of hate that I was about to receive and that is a sad reality that your powerful platforms are not doing enough to stop these messages.

“I don’t want any child or adult to have to receive the hateful and hurtful messages that me Marcus and Jadon have received this week.

“There is no place for racism or hate of any kind in football or in any area of society.

“And, to the majority of people coming together to call out the people sending these messages, by taking action and reporting these comments to the police and by driving out the hate by being kind to one another, we will win.

Five peaple have been arrested after Saka and his team-mates were racially abused online.

Twitter said earlier in the week it had removed more than 1,000 posts over the previous 24 hours and suspended a number of accounts for violating its rules.

Facebook, which also owns Instagram, said it had “quickly removed comments” directed at players on its platforms.

Southgate described the racist abuse as unforgivable and captain Harry Kane told those who sent it: “You’re not an England fan and we don’t want you.”

Saka said he was thankful to those people who have “campaigned on my behalf and sent me heartfelt letters, wished me and my family well”.

“This message won’t do it justice how grateful I am for all the love that I have received, and I feel that I need to thank everyone who has supported me,” he said.

Like Rashford and Sancho before him, he apologised for his penalty miss. He said he and his team-mates would work hard “to make sure this generation knows how it feels to win”.

“There are no words to tell you how disappointed I was with the result and my penalty,” he said.

“I really believed we would win this for you. I’m sorry that we couldn’t bring it home for you this year.” 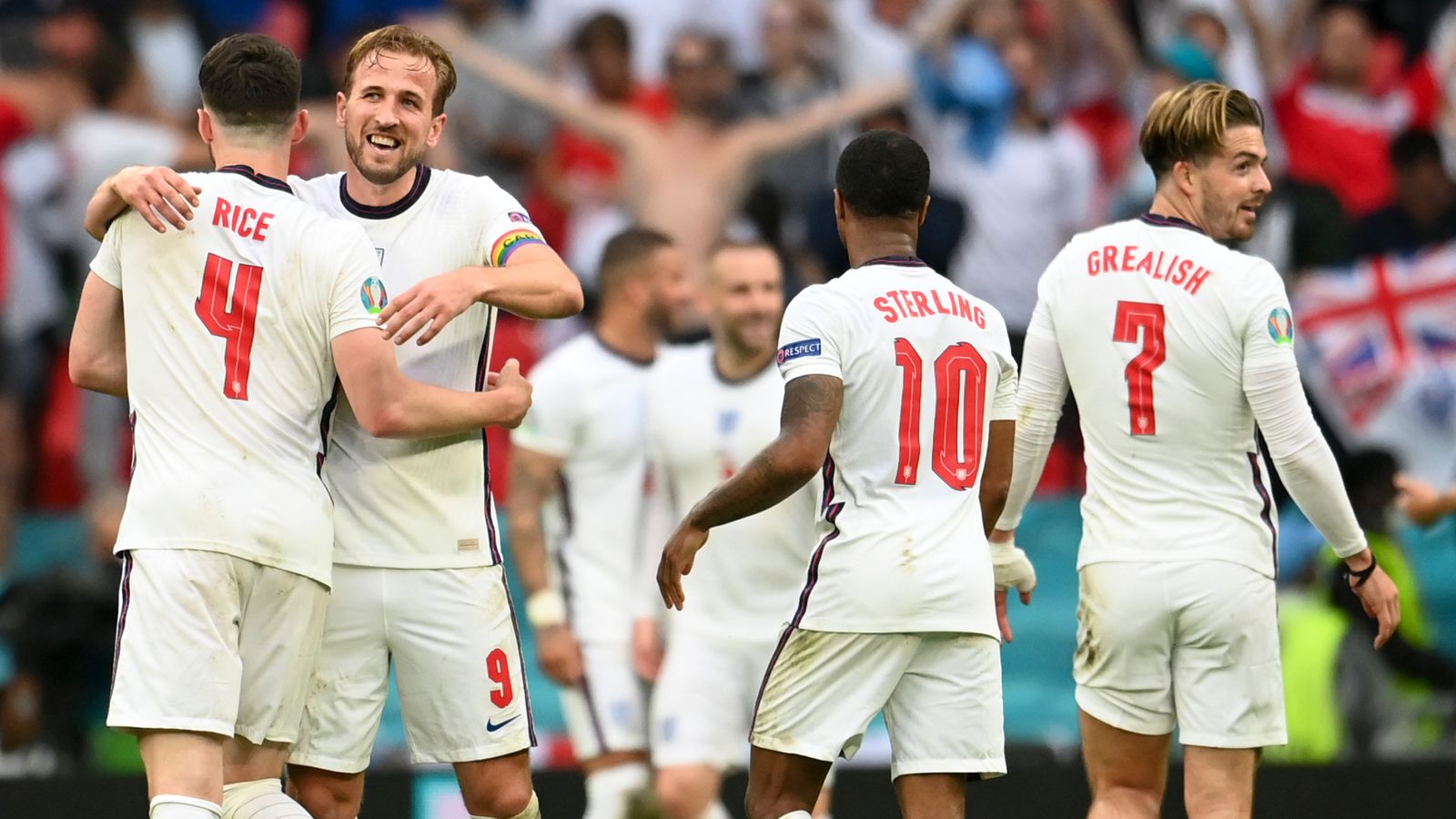